The chief economists’ group of the European Banking Federation expects economic growth in the Euro area to continue growing at a steady pace this year. The 19-country block will continue benefiting from supportive financial conditions, sustained global and domestic demand, and robust growth of global economy. While political uncertainty in Europe is less of a threat than in previous years, geopolitical tensions and escalation of a possible trade conflict remain downside risks. We expect the Euro area to expand, above potential, by 2.4 percent in 2018. The growth is expected to slacken slightly in 2019, when we foresee a GDP expansion of 2.1 percent.

Highlights from the EBF forecast: 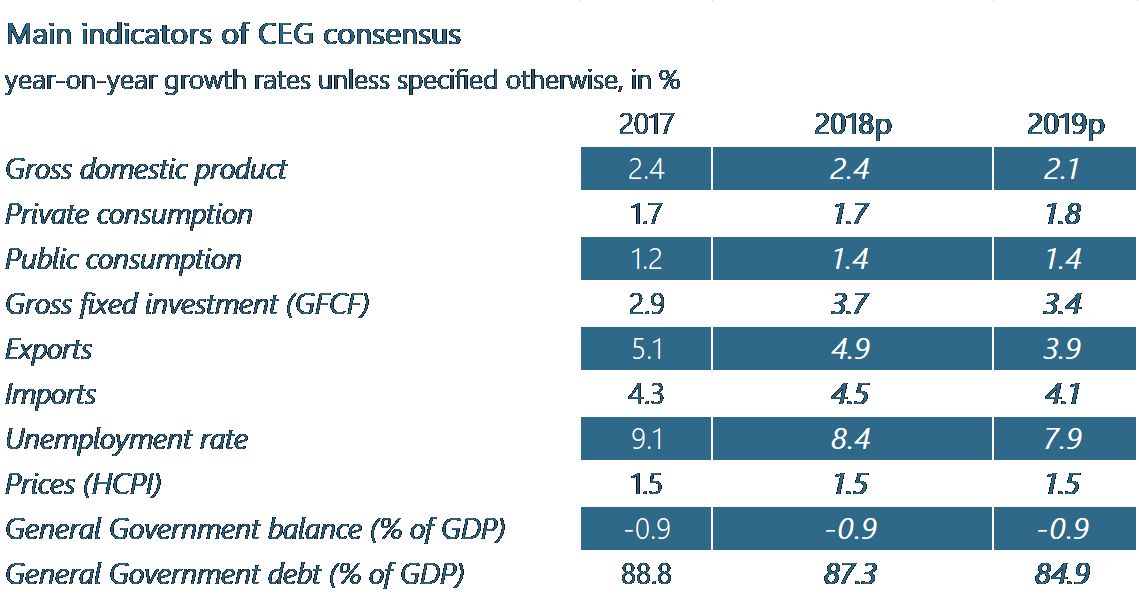 Source: Projections for 2018 and 2019 from EBF. European Commission data for previous year.

kkkk
Risk to the scenario

The CEG’s consensus remains surrounded by a number of both upside and downside risks.

The risks to the growth outlook are fairly balanced, according to the Chief Economists’ Group.

The latest Economic Bulletin is out!
The Bulletin presents the economic and monetary information which forms the basis for our policy decisions.