Media is said to be the reflection of society and as such, any attention-grabbing event is likely to be splashed across all sorts of outlets. Finance -economy at large- not only occupies a relevant place in the “fourth estate”; it has its own room in specialised newspapers, magazines, TV and radio programmes. If this is the general picture, how come there is so little literature about financial education? 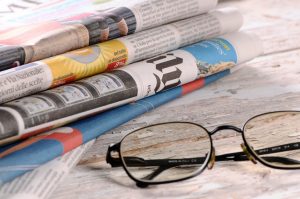 On a daily basis, financial education and financial literacy do not make headlines. But there are a few examples of big outlets that have been sensitive enough to this need. In 2014, The Guardian published an interesting article on How to teach … financial literacy. In this extensive research, The Guardian gathered some useful resources on money matters that could help educators in teaching finances. The mere fact that this article was actually published sent a message: the initiatives are carried out to bridge a gap that, today, is still open.

Wall Street Journal took a different angle in their article What’s the Best Way to Teach Financial Skills to Children? As we did in our article, the role of the family was highlighted as fundamental in the child’s education, of all kinds. The three experts that were interviewed, among which Annamaria Lusardi, Academic Director at the Global Financial Literacy Excellence Centre (GFLEC), have worked for years to educate families about money. They all reached the same conclusion: Start early and talk often about money.

Australian outlet the Herald Sun took a similar approach in their article Tips to teach children about money. Siobhan Hayden, Chief Officer at the Mortgage and Finance Association of Australia, says parents should start talking about money with children as early as three, and give them gradual responsibility for it. 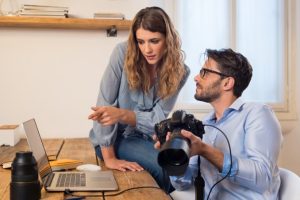 Outside the Anglo-Saxon world, big outlets have also echoed the initiatives being carried out at national level. This is the case of the Spanish newspaper ABC, which published in February 2016 ‘La banca vuelve a las aulas para enseñar educación financiera (Banks return to the classrooms to teach financial education) and let the wider public discover the programme “Your Finances, Your Future”. The fact that a big national newspaper portrays an initiative conducted in the framework of the European Money Week gives power to the voices that call for better financial education in schools and universities.

Some other outlets take a step further and not only inform about programmes but launch their own. This is the case of the Italian newspaper Il sole 24 ore, who launched on 23 February 2016 a practical online financial course called «I tuoi soldi», corso pratico di educazione finanziaria (“Your money”, a practical course on financial education). Every Tuesday for 15 weeks, this newspaper offered a series of manuals to explain the key moments of family economic life.

Outlets are a channel for people to get informed, but also a way of making them think about topics which are often disregarded. Journalists know better than anyone that the key to understanding a piece of information is a good basis and good research – they ought to be the first ones giving financial education the visibility it deserves.

The European Cybersecurity Month kicks off today on the heels of our latest proposal on cybersecurity: The Cyber Resilience Act.

It is our answer to the modern security threats that are now omnipresent through our digital society.