A Year On: European Money Week 2016 to take financial education to the next level

In 2015 the European Banking Federation and its members from more than 20 countries launched the first-ever European Money Week. From across Europe teachers, bankers, policy-makers, NGOs, students and parents joined forces to raise awareness about the importance of a proper financial education to manage money effectively.

The EMW debut involved more than 500 activities which attracted thousands of young people between the age of 7 and 18 in more than 20 countries. In 2016, the main goals of European Money Week were to further raise the awareness on the merits of financial education, to take it to the European level, and to explore the need to integrate it as a discipline in European curricula. From March 14 to 18 March, the second edition has given a voice to those who believe that future generations, and society at large, deserve a better financial education. 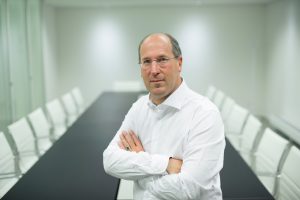 According to Wim Mijs, Chief Executive of the European Banking Federation: “We would like to build on the creativity and innovation that each of the participating countries developed individually.” Mr Mijs, who comes from a large family of teachers, is passionate about financial education and, as a former banker himself, understands the value of budgeting and money management.

Financial education can certainly contribute to a healthy economy, but it should also be accorded the place it merits in society. Through European Money Week, the banking sector is taking responsibility for financial education and striving to develop real expertise amongst current and future customers. Mr Mijs believes that “after the crisis, banks need to regain the trust of society. European Money Week is a way to give back, to create an open dialogue and to build bridges with society and institutions.”

As a father of two children aged 11 and 13, Mr Mijs does not necessarily think that financial education should be a compulsory subject. “The schooling system should not be used to teach children everything they need to know about life. Instead, I suggest including some financial basics in other subjects like maths and economics so that they begin to understand the value of budgeting and money.”

If his hopes materialise, children and adults should be able to navigate their way smoothly through complex questions on money management, banking assets, the application of VAT and the mechanics of interest rates. “Despite the long haul, European Money Week can be the spark that lights the fuse to sensitise Europeans about a need that often goes unnoticed. Now it is in our hands to fuel the fire so that our voices are heard wide and loud,” Mr Mijs said.